Every man deserves to recognize and understand his desire and where it has been dammed up. Desire needs to be fulfilled and your mistake is not the last word. GIORGIO VITTADINI 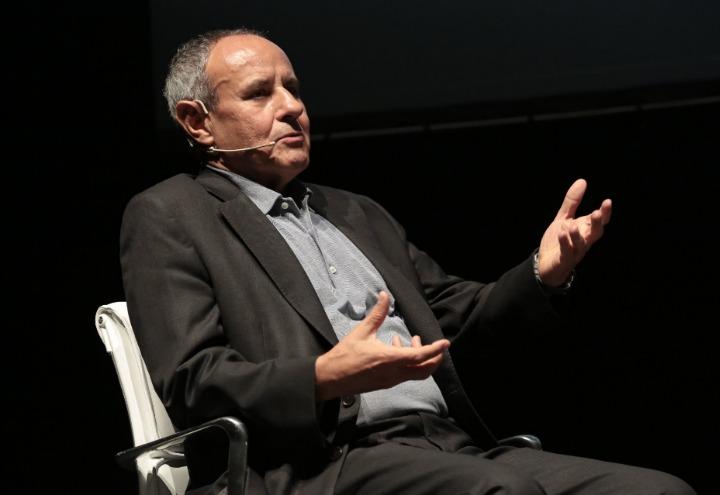 A friend living in the US wrote to me: “ I was having dinner with three of my co-workers from California and I told them how I had been struck by seeing that poverty and mental illness are considered perfectly normal in Venice Beach –the place I was living in. Even tourists walk around ignoring homeless and mentally ill camping on the beach and near bars and restaurants. It appears the local culture has assimilated these social phenomena. We had a brief discussion about apathy and responsibility and one of the professors present at the dinner told us about something that happened more than ten years ago: how her son reacted to the news that two kids his age committed suicide. He could not believe it and was asking why it happened. That lady was connecting his attitude to the education he was receiving from his Jesuit school. She said that in his school –despite being Catholic- they were teaching the students to question everything and face everything with a critical attitude. She ended by saying that most probably, and paradoxically, we would need a little bit more religion in our society, in order to approach people.

This same thought was in the mind of those in America who bought the six thousand copies of “Disarming Beauty” by Julian Carron in the first six month of its publication. A significant result if you consider that the “best sellers” for this type of publication sell at best a few thousand copies.

This quest for the sacred seems like a paradox, as Msg. Albacete often pointed out: “Religion always played a crucial role in the life and politics of  the American people,” and “American society seems to prove that a meeting between religion and modernity might not be totally detrimental to faith.”

In the US –as opposed to in Europe- modernity does not seem to have eliminated God from public life. Indeed, polls show that –despite the fact that the number of people who do not consider themselves part of a particular religion is growing- Americans are still a very religious people. Many pray to God in all of life’s crucial moments, both in public and in private.

For a long time now, we Europeans—suffering a bit from the sickness of a dark nihilism—have considered the American people a race capable of hope, trusting in life and reality as ultimately positive things, as Fr. Giussani loved to say.

And yet, if we take a closer look, we notice something is off kilter in today’s America. Destructive forces emerge from under the ashes, and in a climate of general bewilderment, seem to be growing in number and scope.  The morbid fascination with a sociopathic  killer like Charles Manson attest to the fact that something has gone awry in the life of the American people. Every time there is a new massacre – the most recent was a few days ago – people are forced to face their darker side and to look into their own experience of “Falling Down” [a reference to the 1993 Michael Douglas film about a middle class man, frustrated with life, whose frustration bubbles up into violence after getting stuck in a traffic jam.] To be clear: the US is not the most violent place on earth, yet it’s arresting to contrast the support awarded to human values – like justice, freedom, religiosity – with the borderline social environment that exists, where violence has become palpable in the way you drive your car or how you elbow your way out of the subway.

What lies beneath all of this?

The moment of extreme global confusion we are living doesn’t help things, nor does the economic and political crises we are are facing. Yet, perhaps there is a factor to consider that runs even deeper than these circumstances.  Albacete recognized a structural difficulty within American society which he linked to the deep seeded Protestant influences in the culture that separate faith from reason and identify faith with morality. Morality is identified with the “obligation to work for the good of others that has nothing to do with the capacity to know God [and therefore to experience mercy] and to know what this reveals about the meaning of being human.”

In Protestant culture there is no remedy for man’s evil. Not even God can fix us (according to Martin Luther, sin will remain in us, even in heaven, like “a pile of manure covered with snow”.)  Success (which, in any case is only for a few) cannot mend our evil nature. Therefore, the only possible response is morality: we must behave better than we do, “as if” we were saved.  According to this way of thinking, our errors and limits can only be overcome if we forget them. Failure is a tragedy without recourse that leaves the person irretrievably alienated and alone.

To put it another way, the intelligence of mercy struggles to take root in America. Forgiveness is lacking and so is the experience of relationships that build bonds which help to repair mistakes in virtue of the fact that there is something greater than our limit and evil, relationships with people who do not force the denial of our mistakes, but rather help us to recognize a way to get out from under them.

Regardless, the damnation of personal failure often generates violence because when the limit becomes unbearable, it drives you insane. Isolated man cannot fulfill his need for meaning (the American Dream), and if he takes the need seriously, when it becomes frustrated, it generates a rage that finds no adequate outlet short of utter irrationality.  A person doesn’t change because of a law.  At best, some manage to deal with things at the social level, but this is not change; it is not at the level of an internal path of growth and personal development. In fact, about these things we speak in terms of success, not salvation.

For some time now the need for meaning has been identified with the “America” ??project, a free nation, where everyone was guaranteed a chance, a place where personal desire became a collective project. But this idea is slowly eroding.

Not only is this collective horizon in crisis, but reflection on the individual level is also weakening. It always strikes me, that in the face of massacres or murders, there is the attempt to placate the situation by offering quick explanations: it was a lunatic suffering from depression. The question of why it happened and what need was expressed through the violent gesture, is not even considered. It’s as if the person had been invaded by a demon called rampage that has no connection to his identity. And thus the irrational alibi is used to pacify consciences.

Why is it so difficult to look at the depth of our desire and at this limit  from which we must free ourselves? Why is it so difficult to understand that under all of the anxiety there throbs a desire that can’t find a way out to positive satisfaction, that needs to be identified, recognized, accompanied, and impeded from veering onto destructive paths? Every man, even the most perverse, deserves to recognize and understand his desire and where it has been dammed up.

In Italy, we also find it increasingly difficult to understand forgiveness. In fact, we become scandalized, ultimately reducing the person to his mistake. For example, I was deeply struck recently, when after listening to the parable of the Prodigal Son, the immediate reaction of the young people who heard it was that if it had been their son, even though he had come back to ask for forgiveness, they would have driven him away. “He threw away is chance so it’s right that he pay the consequences,” they said.

What is lacking is a lived experience that saves desire and drys tears. It is useless to try to begin again by defending ourselves or by appealing to some theoretical doctrine or by barricading  ourselves in a ghetto.

This is why people are struck and remain attracted when faced with the proposal of a religious experience where the human experience is considered to its utmost depth.

An experience in which it is said: look, within you, there exists a disarming beauty that makes you able to stand in the face of life’s difficulties with a positive hypothesis to live out. Your desire deserves to be taken seriously to the depths of its positive root, because it is ultimately good, even if you may make mistakes in identifying the answer to it. Desire needs to be fulfilled and your mistake is not the last word. There is always another chance, a chance to start over, to live and to build.

This is the strength of Carrón’s book: faith is a positive hypothesis for everything, and to be Catholic is not to be a loser, as many people think in America. Because to be a winner isn’t the equivalent of successfully managing to raise your social status. To be a winner is to be someone who can face any challenge in life and preserve one’s own stature has a human being, which has an irreducible dignity. However, our human dimension must be sustained in a spiritual and material communion.

Disarming Beauty is not a treatise on abstract theology, rather it is a text that expresses the desire we all possess for a life that is true. The path it proposes does not consist in countering relativism in matters of morality. It is an invitation to overcome man’s reduction to these questions, because Christ also stays close to people who make mistakes. The king of human desire is with us.