SAVONA/ “Europe in crisis, changes should come from the EU” 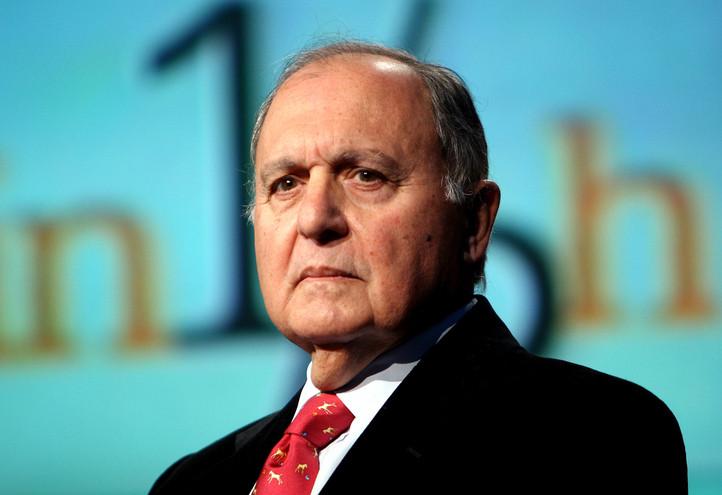 In his first interview since he took office as Minister of Relations with the European Union, Professor Paolo Savona wanted to be very careful. He is an old-style, composed academic who spent half a century of his life serving in Italian financial institutions in executive positions. He was head of the research department of the Bank of Italy, General Director of “Confindustria”, Minister of Industry, and head of the Italian Deposit Guarantee Fund.

However, he recently became the most controversial minister of an already controversial government because of his views on the European currency, the euro.

When he was rumored to become Minister of the Economy, there was a spike in the spread between Italian 10-year government bonds (BTPs) and German Bunds of the same maturity, an indicator of market tensions about Italy’s future. Italy is too large to fail, thus a sudden and sizable rise in the interest rates of Italy’s BTPs due to lack of trust in the government policies could spin out of control and set in motion a global financial crisis.

The Sardinian economist, with a passion for econometrics and global strategy and a penchant for strong examples to better illustrate his ideas, wants to be clear. At the launch of his book on June 12 in Rome, in a room packed with journalists from all over the world, he underlined that he has never wanted to leave the euro and, instead, deems the united currency not only positive but indispensable. Nevertheless, he thinks the euro needs reforms and that the export-oriented economic model embraced so far by Germany needs changes since this model is also part of the reason for the rise of populist movements all over the continent.

Your first appointment as Minister of the Economy in the new Italian government sparked a huge worldwide controversy. You were accused of being against the euro and of proposing “QuItaly”, the Italian version of Brexit in which Italy would abandon the united currency. Is any of this true?

No, this is purposefully false. I have always maintained that Italy absolutely needs the common market. What has happened from the Treaty of Rome onwards confirms its importance for Italian growth. In order to have a single market, it is necessary to have a single currency, without which the unity of the market would be ruptured. My position is that the 1992 construction of the union is incomplete and should be improved upon if Europe intends to overcome its internal seething and to matter from a geopolitical and geoeconomical standpoint. Naturally, these reforms cannot be implemented overnight. It is necessary to wait for the commission and to find an agreement, a consensus, among the partners.

Germany is scared, feeling caught between the “undisciplined” European partners in the EU, the rising neo-Nazi movements and a Union it is unclear on how to reform. What can Italy do for Germany?

Italy must recognize Germany’s importance on the world stage. The weaknesses of the member countries of the Union are reflected in Germany’s own geopolitical future and, therefore, it is in its own interest to help those countries out of their negative situations. If Germany limits itself to raising problems and imposing constraints instead of indicating solutions, the anti-European movements will be strengthened and they could destabilize Europe and reopen old wounds that have not yet been healed. The ideal solution could be that the EU offer new solutions to drive forces of growth, meeting the needs of many European countries, including Italy. The United States has no intention of repeating their intelligent and expensive war and post-war performance of helping Europe out of its self-inflicted wounds. This time we have to deal with it ourselves.

You are part of the Italian establishment. You worked in the Central Bank and you were good friends with at least two presidents, Cossiga and Ciampi, so why are you now with the populists? Who are they?

Proclaiming haughtily and disdainfully that the March 4th elections were won by populists is tantamount to failing to grasp what is happening in Italy and in Europe at the moment, and to trying to shelve the ongoing popular “uprising”. The forces of change, with all of its well-known contradictions, have, for the time being, been channeled into the democratic institutions by the League and the M5S. If some global elites intend to react to this with disparagement and kindle a financial crisis, they could trigger a much wider and far more undesirable political backlash. We are here to promote reasonable changes in Italy and hopefully in the EU, and thus to forestall far more dangerous and much more massive revolutions in Europe and in the world. We hope we can achieve this as it is in the best interests of everyone.

Italy needs to be saved, but could this work against the euro? Also, you spoke of reforming the European Union. Would you say that these reforms can and must benefit each country (Germany, France, Spain and the UK) individually?

Italy is a solid industrial power affected by deep dualisms (territorial, sectorial, size-related) that cannot be resolved with restrictions placed on the use of resources. Italian families are big savers. They have financial and real assets equal to at least four times the sovereign debt. Contrary to what we sometimes hear, we could say that we Italians live below our means, as proven by the current account surplus of 2.7% of the GDP, or about 50 billion euros, which is the amount de facto missing from our domestic demand. The national budget has a primary surplus. While simultaneously having two twin surpluses, a 10% unemployment rate (the one in Italy now) is the logical paradox generated by having decided that the Maastricht parameters are the goal of the Union. Therefore, I think it is necessary to reverse the order of importance with respect to the subject of the agreement reaffirmed in Article 3 of the Lisbon Treaty. The wide-ranging and detailed agreement underlines the need for comprehensive growth well beyond the small fetters of some fiscal parameters. It recognizes the necessity of full employment and social progress. The two fiscal parameters have become the true objectives of the Agreement.

Then, regarding the elephant in the room – the United States – what do you think the relationship of the EU and the euro should be with the US and the US dollar?

It is very important to establish cooperative relations between the United States and the European Union that must lead to a reform of the international monetary regime. The global market needs a single currency of reference like what happens with the euro for the single European market. Countries that agree to follow the same exchange rate regime and to respect it must be allowed to participate in the WTO (the World Trade Organization), whose competition ought to be based on the stability of foreign exchange rates. Lacking this condition, each country chooses what suits it, keeping the financial market in permanent volatility. World competition is not just a question of tariffs.